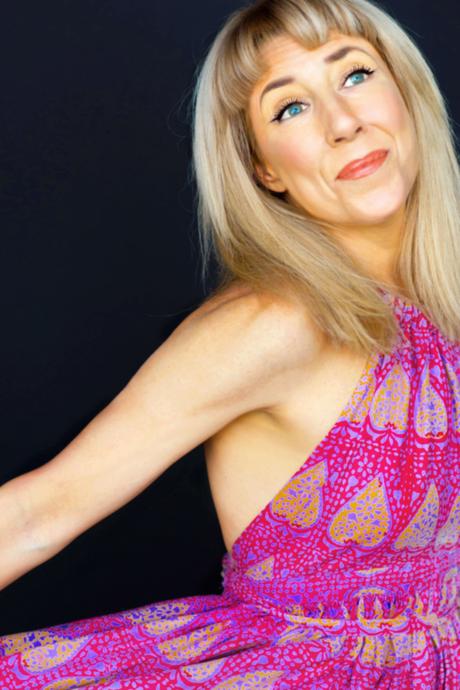 Jessica was born and raised in Chicago's windy city to (quite certainly) the most awesome of parents. Her folks had the flair for the arts and, thus, singing, playing the piano and many a stage performance was the norm in her playful little brood.  She scored herself a best friend 3 years into this life with the gift of a younger brother, and it is this wonderful family - who rock-climbed and camped - that taught her how following your dreams was not only possible, but was most certainly an inspired necessity.

Jessica began playing the piano at a wee early age, singing (and recording to herself in the "TV room")  the songs and tunes by the likes of Bread & Lionel Richie  - not sure why those in particular, but they were there so that's what she played. She graduated to classical Mozart, Bach (duets with her dad) Elton John, Billy Joel and  soundtracks of all kinds (like Holly Hunter's "The Piano") all the while her brother patiently putting up with the Terms of Endearment years

Once high school came, she took to the stage and her music introduced her to the joys of performing in musical theater where she discovered comedy.  And from there, it was a whole new world. From playing the Felix Unger character of "Florence" in The Female Version of The Odd Couple, to "Bonnie" in Anything Goes, it was in this crazy expression of stage and self that she discovered her love of acting.

She graduated from USC's Acting Program having been honored to play such leading roles as "Anna" in Paula Vogel's critically acclaimed play about  a school teacher losing her brother to HIV in The Baltimore Waltz ;  as well as playing the title role of "Dolores" in Edward Allan Baker's play about a woman who's search for love  within too many battered relationships leaves her black-eyed and desperate, finally finding relief in her sister's abode in Dolores. And it was in these formative years, she found the thrill of honoring both comedy and drama (for one couldn't happen without the other)  and then began her study of Meisner.

Fresh out of college, she began working LA's theater scene  earning a Los Angeles ADA (Artistic Director Award) nomination for Best Actress in an LA Comedy for a lead role she originated in Peter Fox's  God Knows (later to be penned Acts of God).  And parallel to her theater ventures were roles in television and film credits such as Showtime's Masters of Sex opposite Lizzy Caplan, The Middle, Help Me Help You opposite Ted Danson and Jane Kaczmarek ,Still Standing and many others;  she's also had the honor of studying under the tutelage of Risa Bramon Garcia at BGB Studios in her invitation only class.

If she's learned anything, it's to make your heart laugh .. for there you find yourself. Your joy and your thrill.

Thank you so much for stopping by.